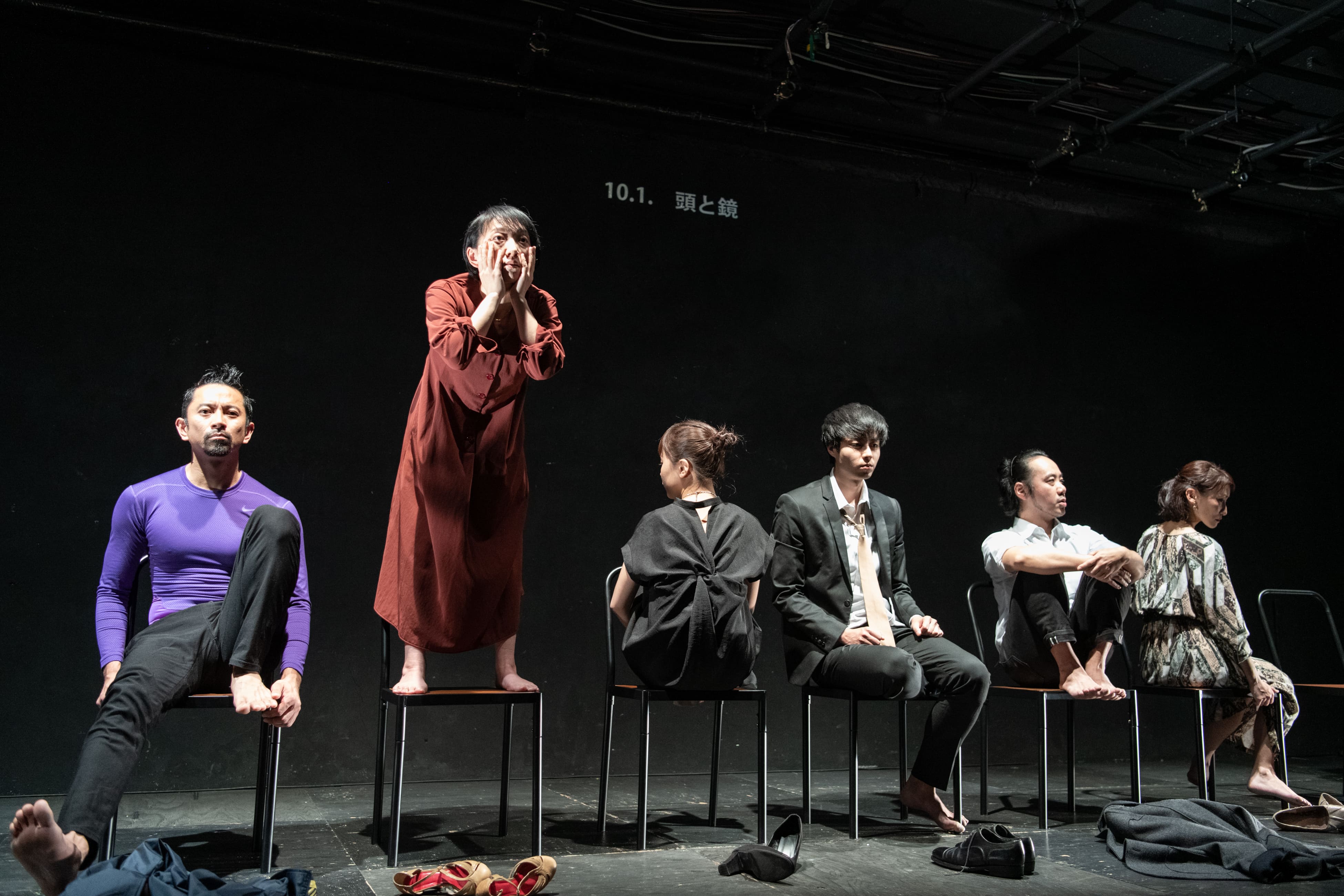 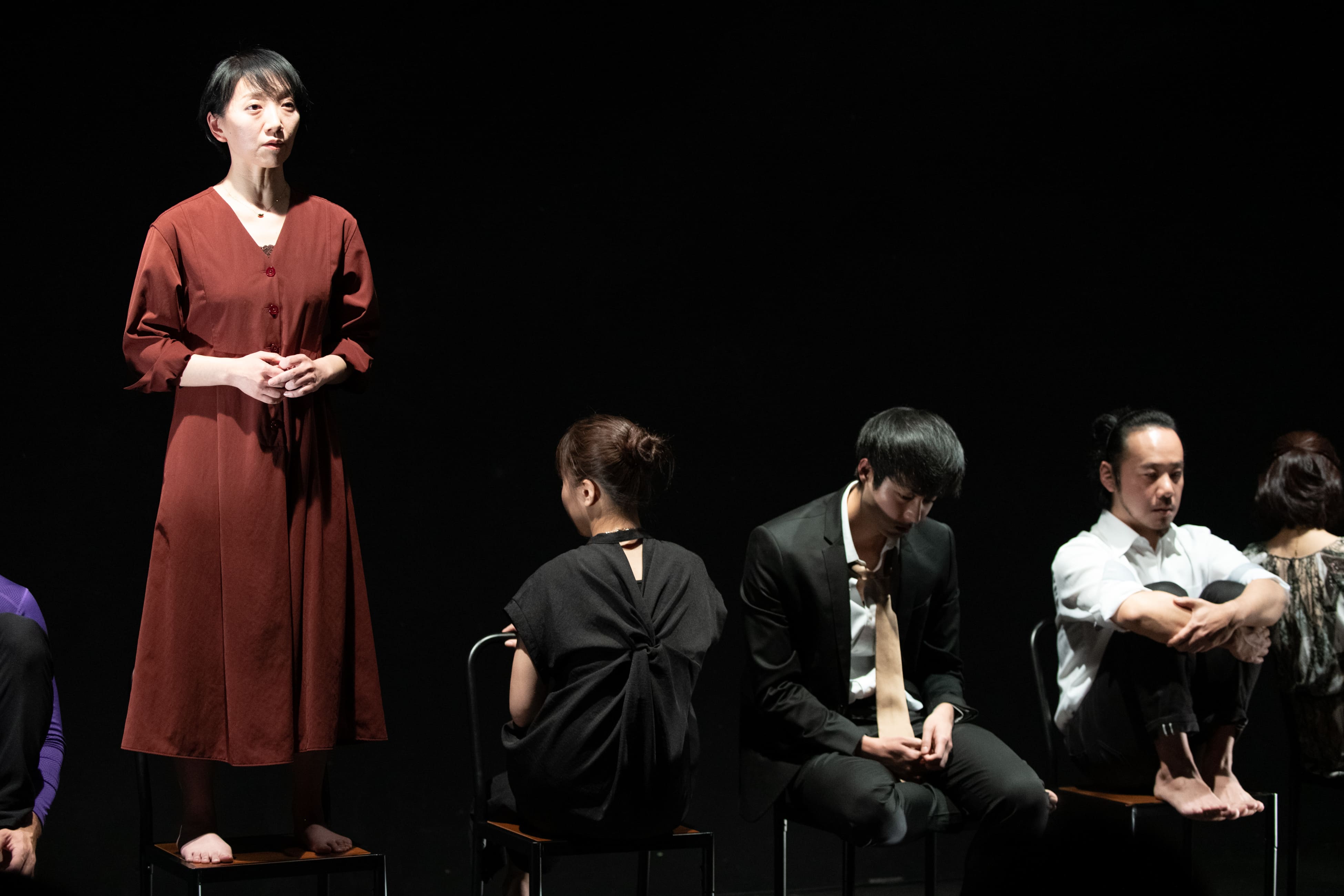 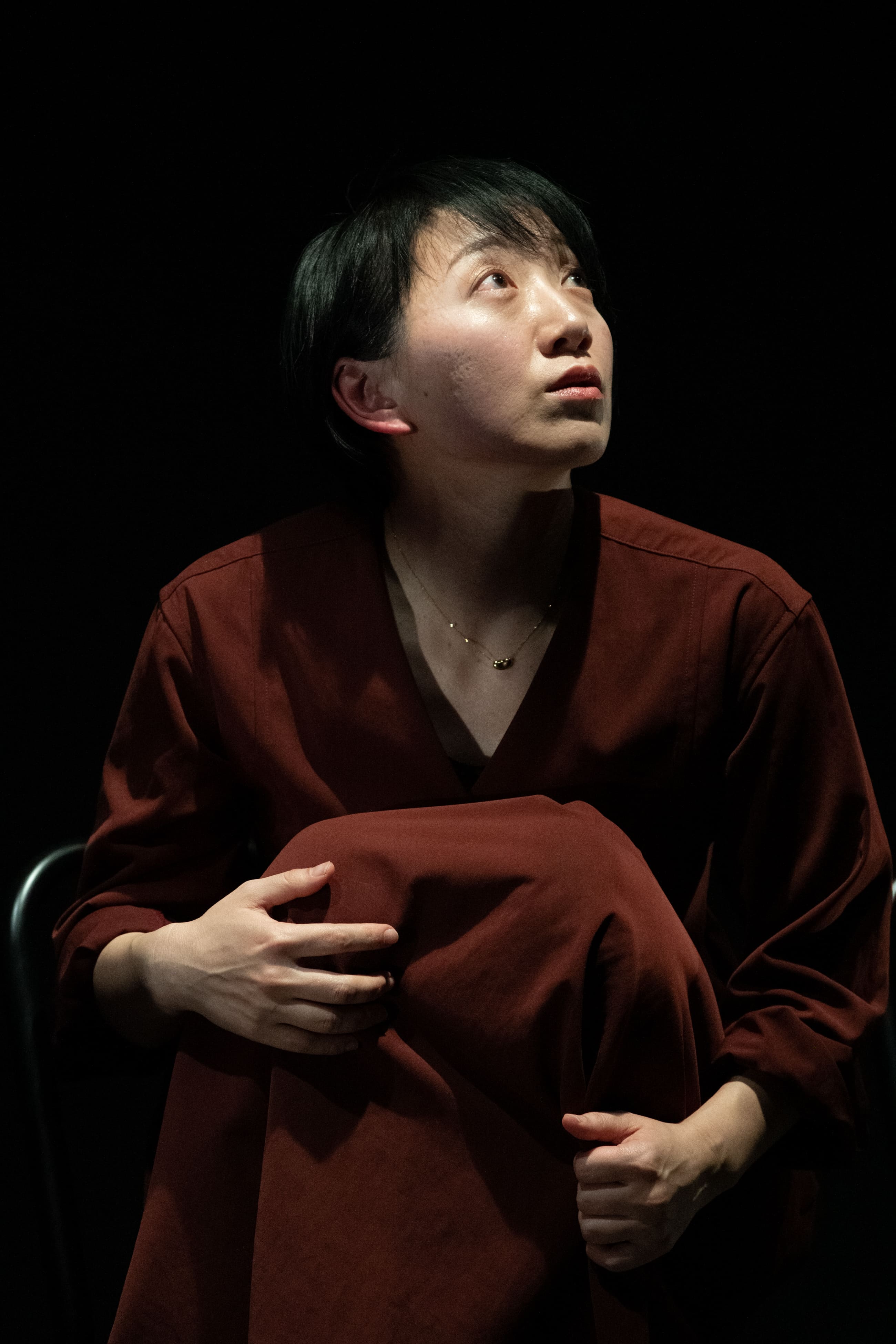 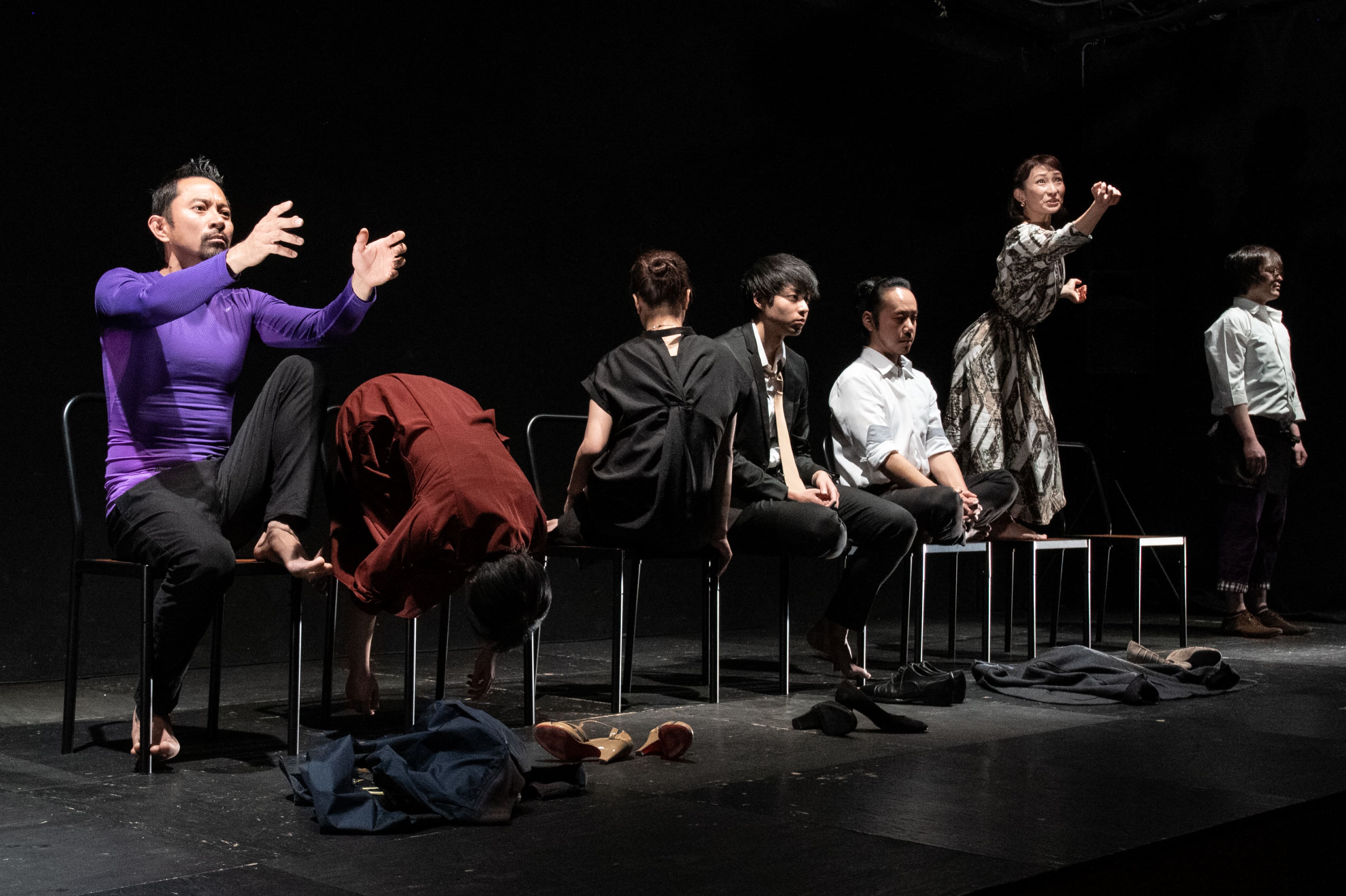 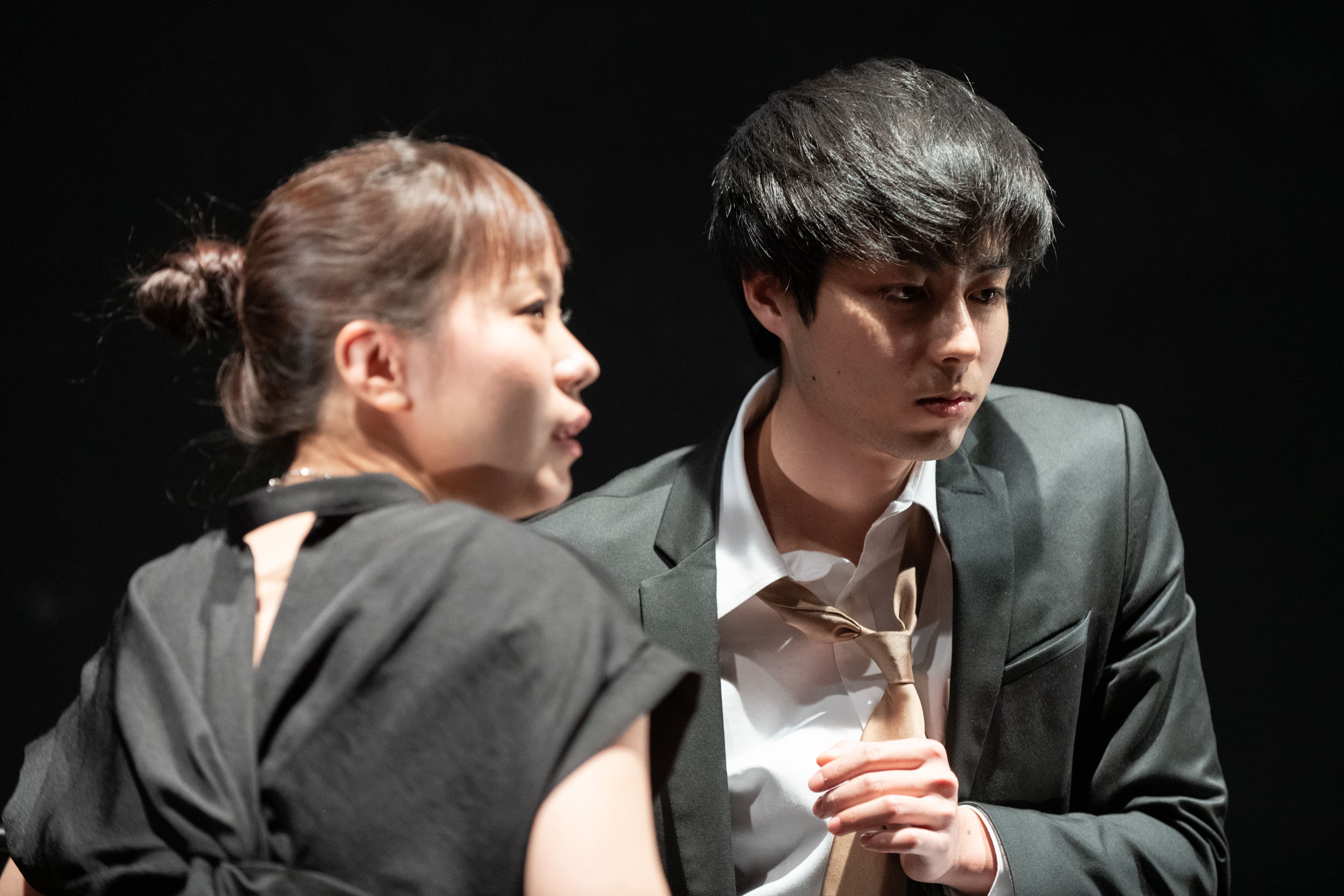 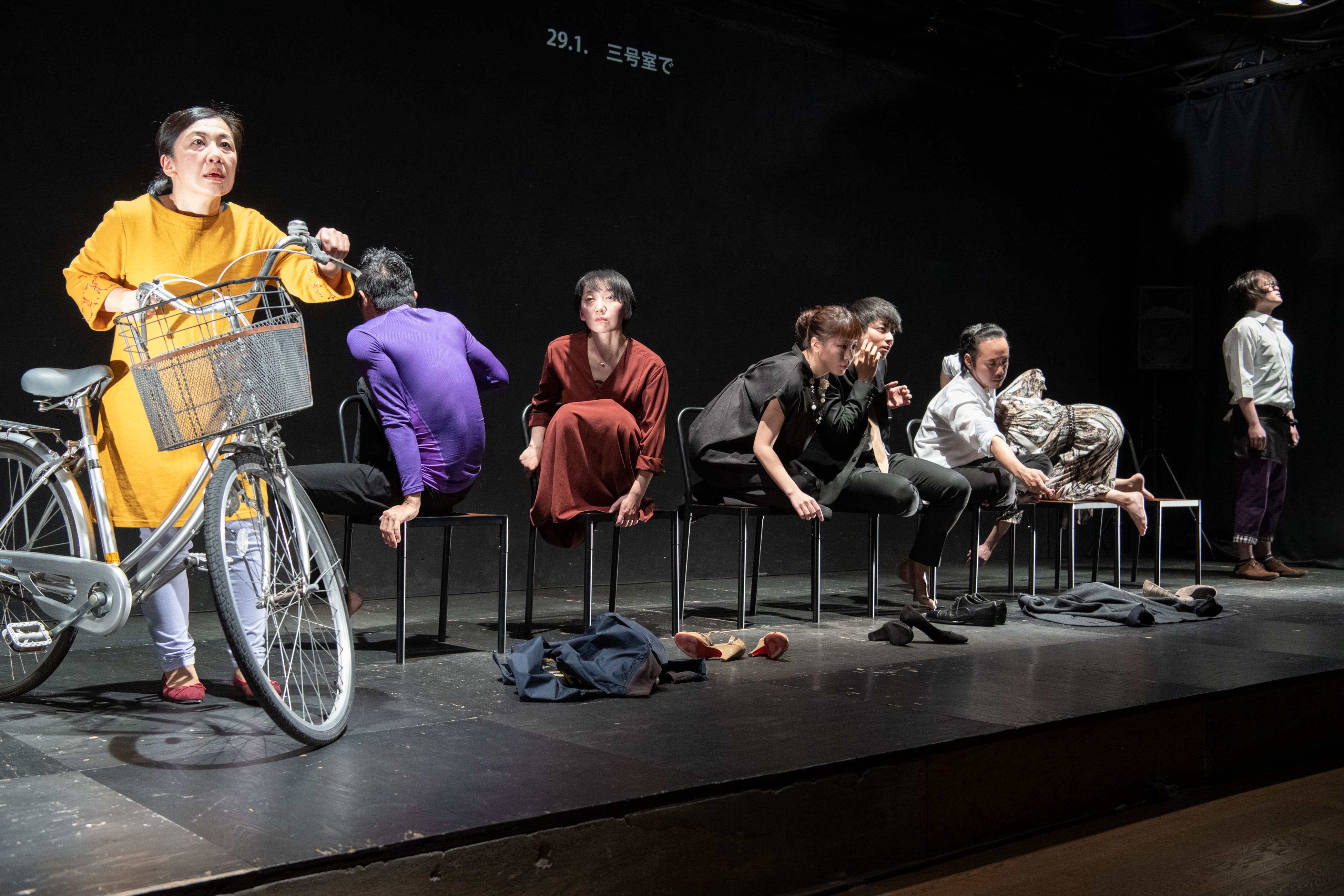 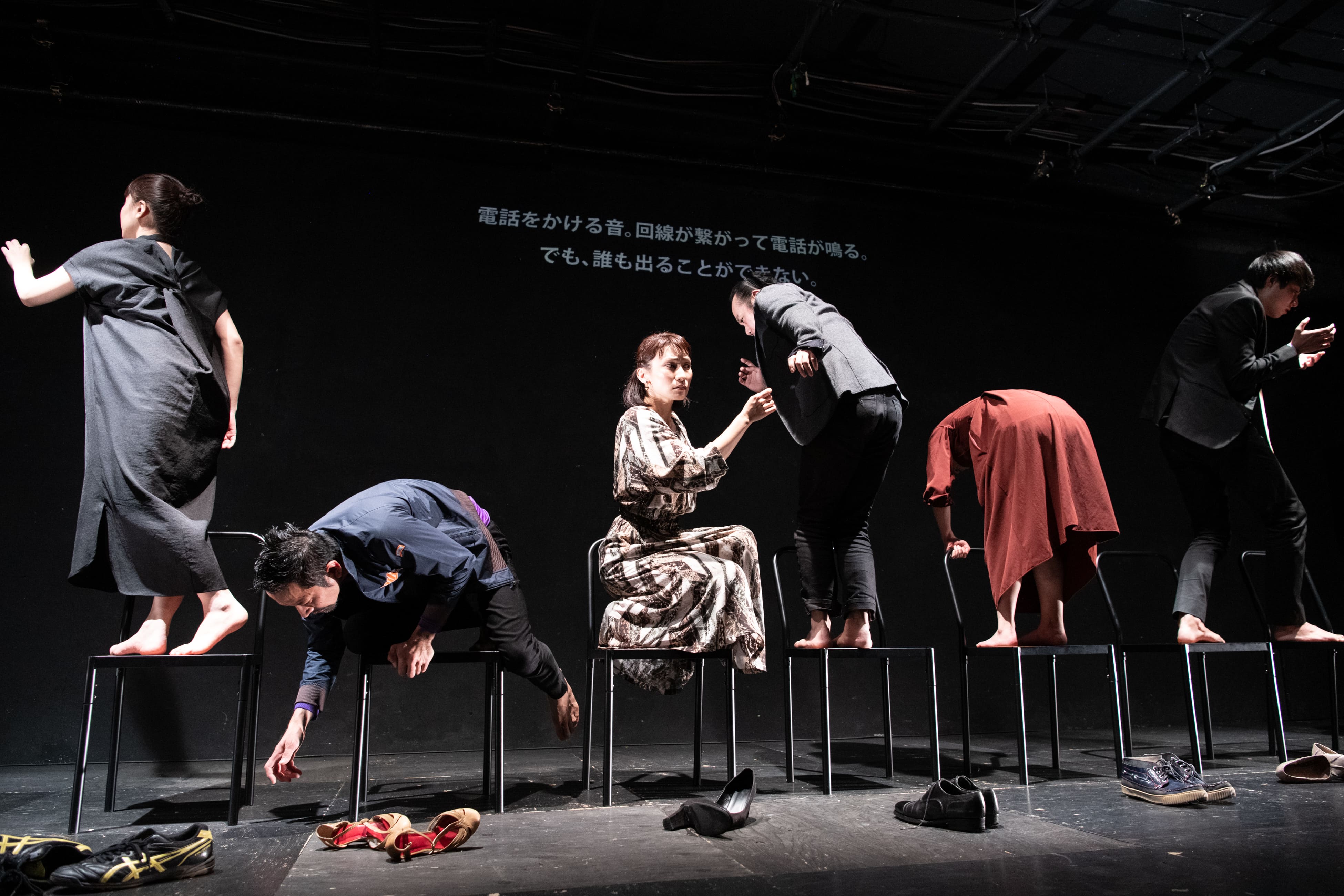 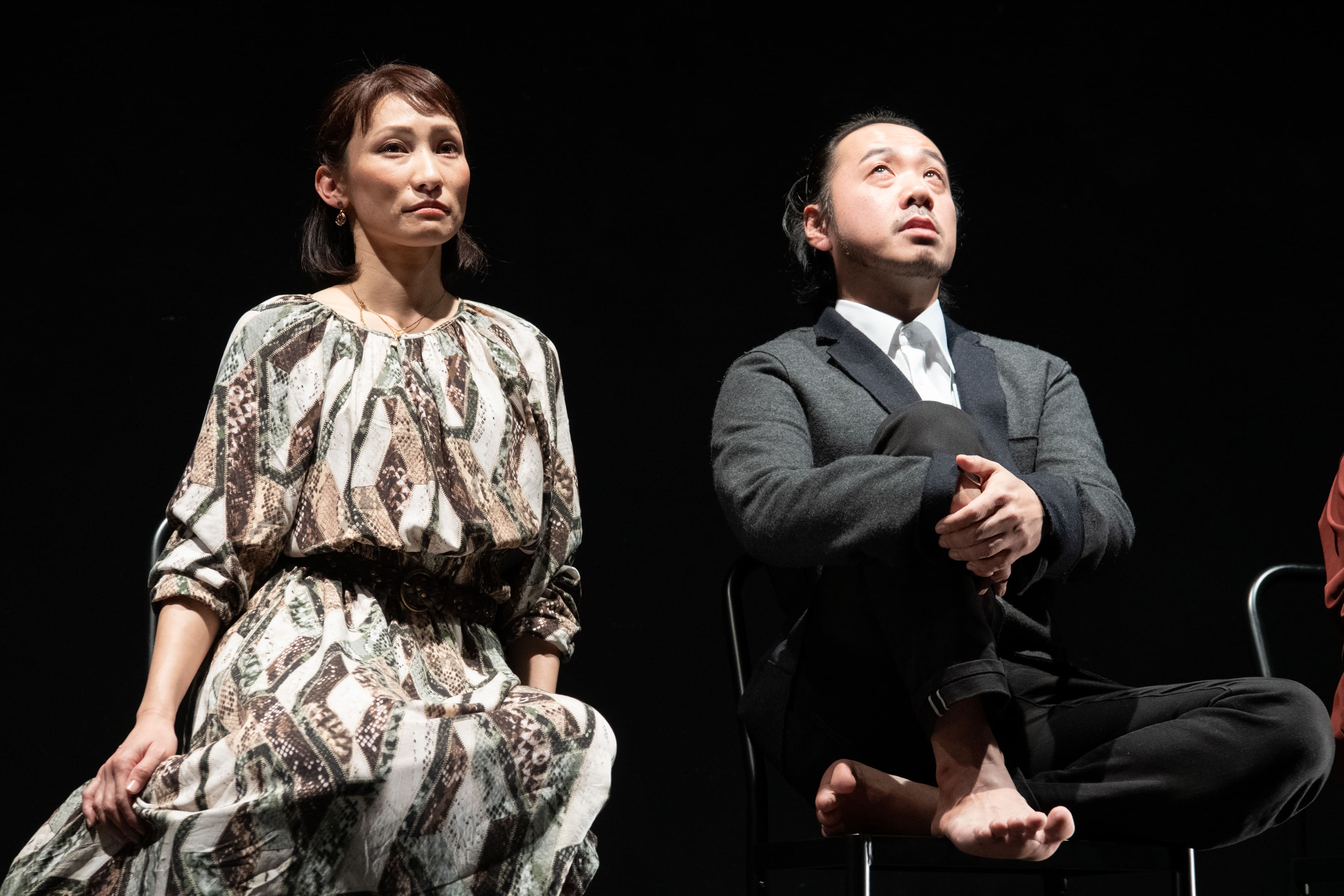 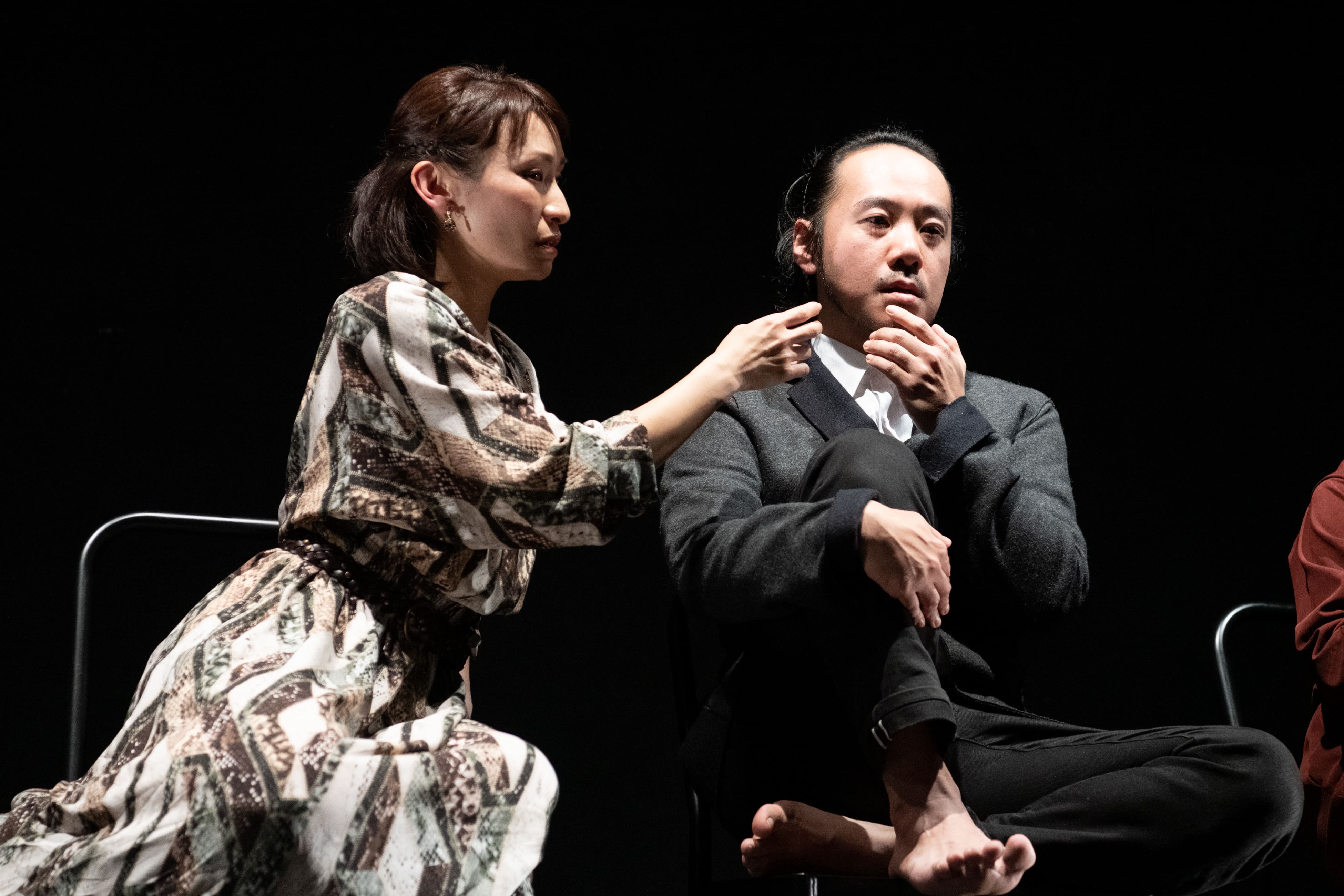 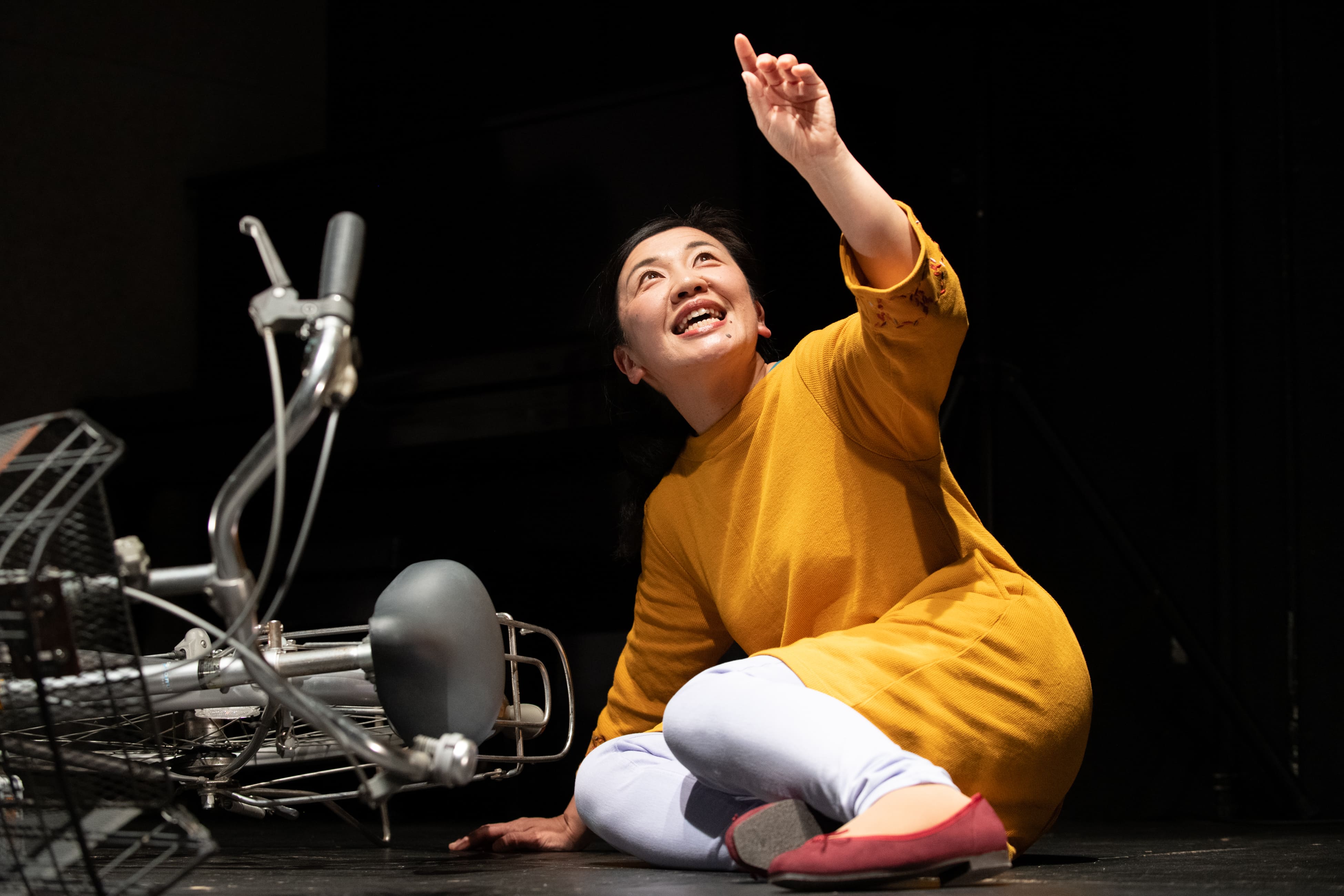 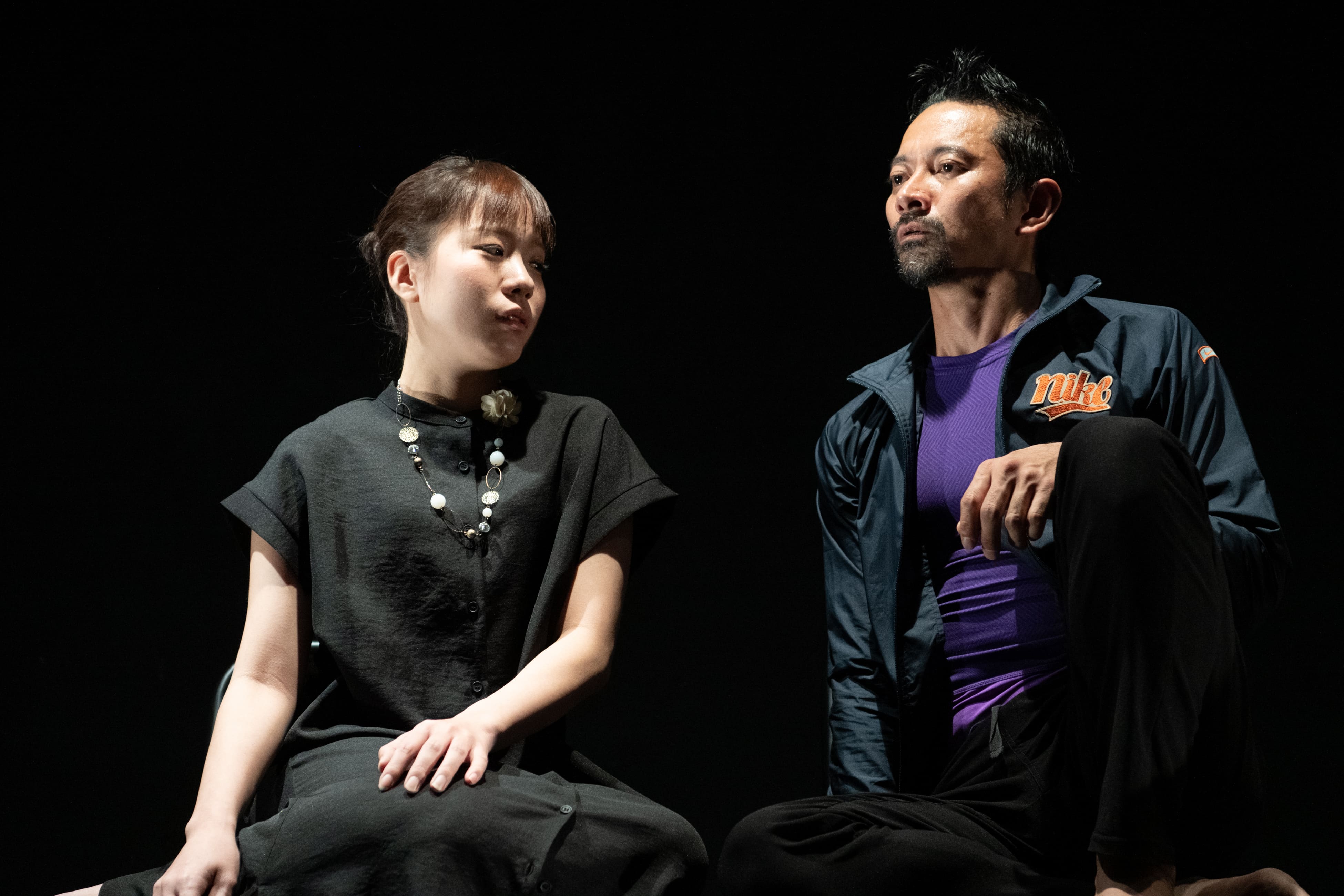 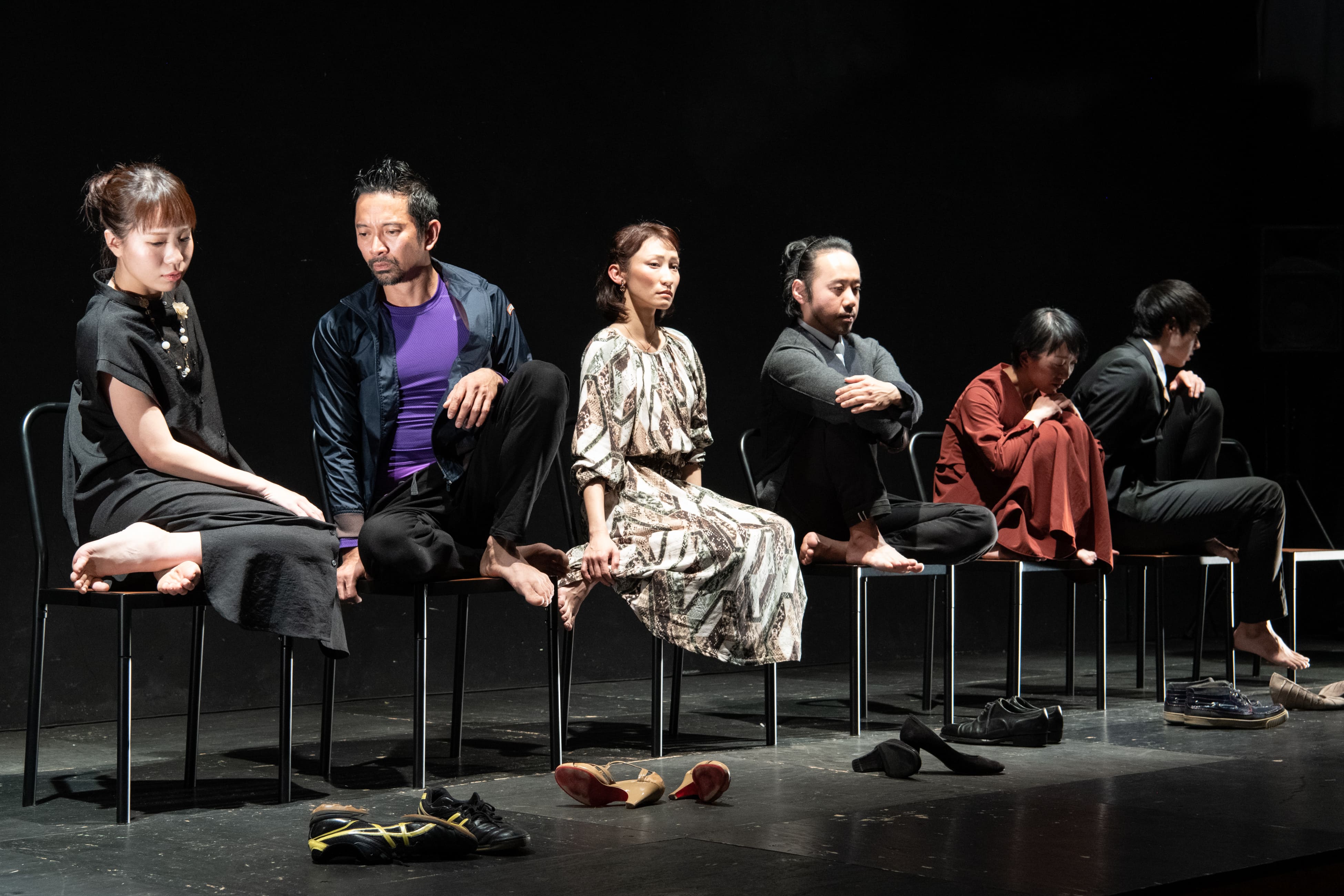 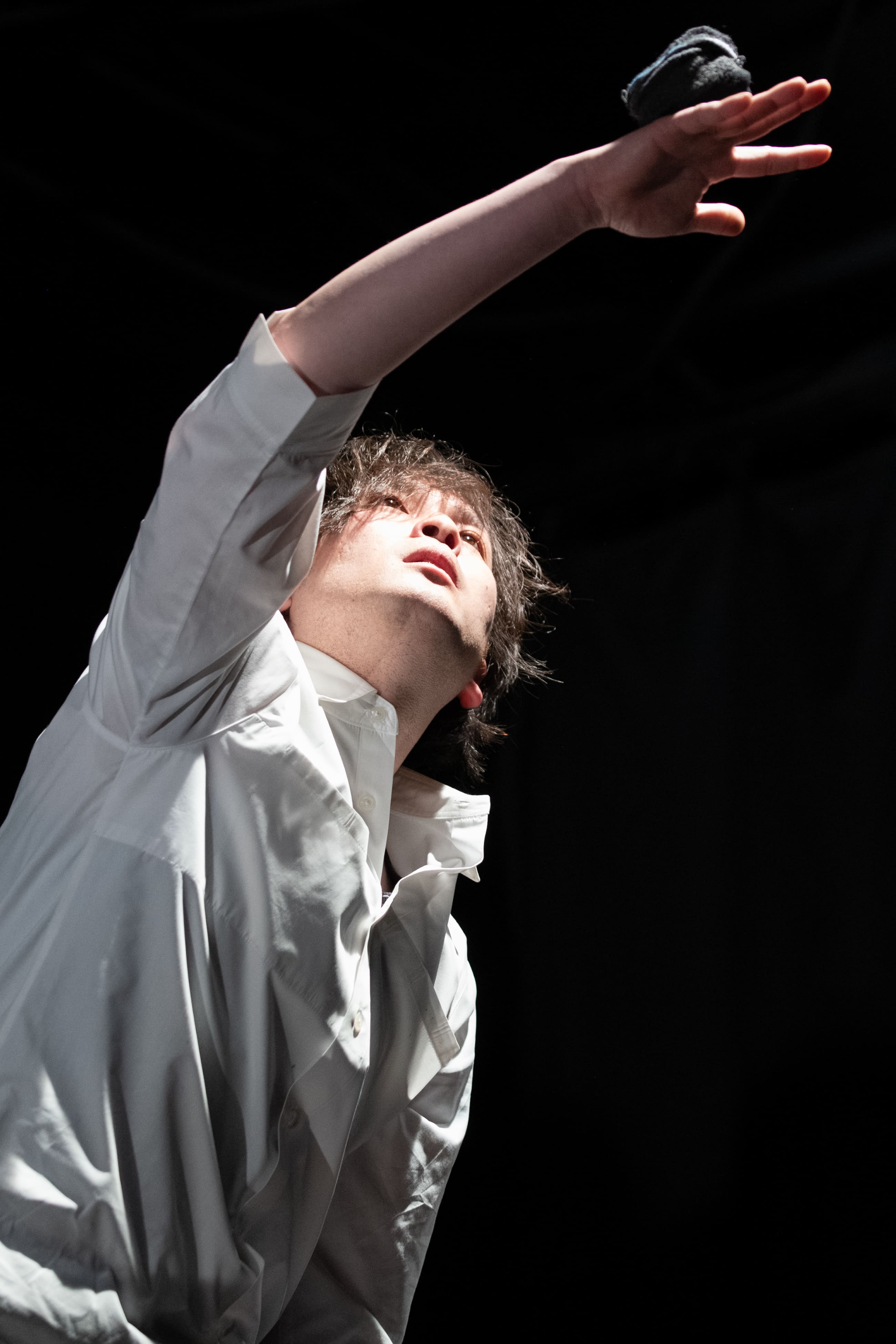 We are at a small hotel by the shore in a small coastal town. There, three middle-aged couples commit adultery every Monday, as if they have been seduced to escape from their everyday hustle while carrying emotional conflicts in mind. A young man who works at the hotel always texts on the phone with his girlfriend, who works on a hilltop for coast security. They love each other deeply, but they never meet in person - "as if they were a bee and a whale".
Eventually,a catastrophe strikes, and the hotel - and the world - sink deep into the water.

Is it possible to talk about the earthquake? And if we did talk about it, would we truly able to share our experiences? No. What would happen is the opposite: the individuality of our experiences — experiences that never cross — will come to the surface.
Satoshi Nakashima (Art Anthropologist, Musashino Art University)

The dialogue between the performers sounds as if the dead are remembering what happened. Like Mugen Noh. In that sense, this play might not be so-called contemporary theatre; it might be a classic of an era in which the world has changed significantly.
Yoshiyuki Ohshita (Cultural Policy Researcher, Director at Independent Administrative Institution National Museum of Art)

I am interested in how people remember misfortunes such as large-scale disasters and wars. It can be either the way people actively remember them or the way these events are remembered naturally. We sometimes lose and forget the tangibility of the reality before we realize it. I think it often happens when we are faced with great disasters and/or misfortunes.

At a first glance, this play by Schimmelpfennig starts with very mysterious and quirky character descriptions. But it is also a poetic, beautiful, and allegorical story. And, telling a story from an appropriate distance might be the most appropriate (and only) way for humans to remember and come to terms with unfair misfortunes and histories that are impossible to bear and handle.

Theodor W. Adorno said that it is barbaric to write a poem after the Auschwitz.