A bookshelf contains various texts by a variety of authors from many countries and different time periods. Since we would like to imitate such a bookshelf that represents people of all cultures -- including our own -- we use many different texts by different authors (from Henrik Ibsen to Roland Schimmelpfennig), and actively co-produce and collaborate with international artists so we can be conscious of the presence of “others” we would not be familiar with otherwise.

Moreover, since we are aware that globalization has ironically turned every individual and culture into a mere piece of a system that is contemporary society, we give importance to each and every local culture, history, and language in order to restore the dignity of every human from every culture.

We believe that theatre and its culture can provide an inclusive community to everyone, whether they are an audience or a performer.

Theatre Company shelf is known for 1) its way of capturing the contemporary and aesthetic sense of space and time and 2) its performance style that radiates energy created by the actors’ silence on stage.

shelf’s work has received international acclaim -- For example, GHOSTS-COMPOSITION/IBSEN was invited to be part of the official programs of The International Ibsen Festival 2014. Also in November 2015, [deprived], produced in collaboration with Thai local artists in Bangkok, Thailand, was nominated for Best Script at the Bangkok Theatre Festival. Furthermore, its first China tour of its production of Hedda Gabler in 2018 visited five cities and one village (Wuhan, Nanjing, Shanghai, Beijing, and Jinan Fangyu) and participated in The Wuhan 403 New Youth Theatre Festival, The Beijing Fringe Festival, and The Jinan Fangyu ART Festival.

Theatre Company shelf has received a number of awards in recent years.

Some of shelf’s actors have been recognized for their performances as well. For example in 2008, Yuko Kawabuchi, one of shelf’s actresses, won The Best Performer Award at The Toga Theatre Competition organized by The Japan Performing Arts Foundation, with her performance in Little Eyolf originally written by Henrik Johan Ibsen. 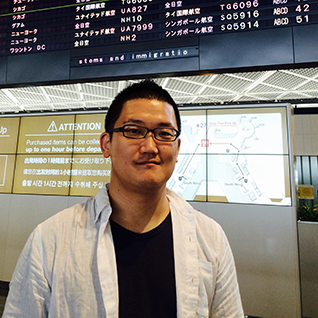 Founder and Artistic Director of Theatre Company shelf. Born in the City of Nagoya in 1975, Yano started to become active in Theatre when he was a student at Hokkaido University. After graduation, he joined the theatre company Seinendan founded by Oriza Hirata, and in 2000, directed Fireflies written by Toshiro Suzue, as part of the company's project for young emerging directors. He established his own company Theatre Company shelf in 2002.

Yano re-envisions classical texts from around the world by textually reconstructing them and is very conscious of what is happening in today’s society. He is recognized for his formidable aesthetic sense in regard to space and time -- he draws out actors’ energy on stage by evoking stillness. In the modern theater culture of Japan, his style, which concentrates exclusively on direction, is quite rare since almost all Japanese directors are also playwrights.

In recent years, he has also been involved in the management of overseas companies' performances in Japan. He is a member of Open Network for Performing Arts Managerment.