This is to inform that, Theatre Company shelf and Qfun Theater’s international co-production at TPAM, originally scheduled from February 13 to February 16, has been cancelled due to the outbreak of the new coronavirus in China.

It was such a hard decision to make, but we had no choice but to cancel the event. We sincerely apologize to everyone who was looking forward to it.

Thank you for your understanding.

The first performance of us in 2020 will be a TPAM 2020 fringe participation performance in February, an international co-production work of Qfun theater (China) and Theatre Company shelf (Japan).

This time, the children's theater company Qfun theater in Beijing has consigned production to Yano, an artistic director of shelf.

This is a theater work making with children, and for children, parents and adults as an audience. shelf's first attempt to collaborate with a Chinese troupe, as well as directing a children's theater.

The performance in TPAM fringe will be a double‐feature performance. Yano will direct one of it, the “Red Kid”, and this work has already been invited to the International Theater Festival to be held in Shanghai this April-May this year.

We're really looking forward to your visit. Thank you. 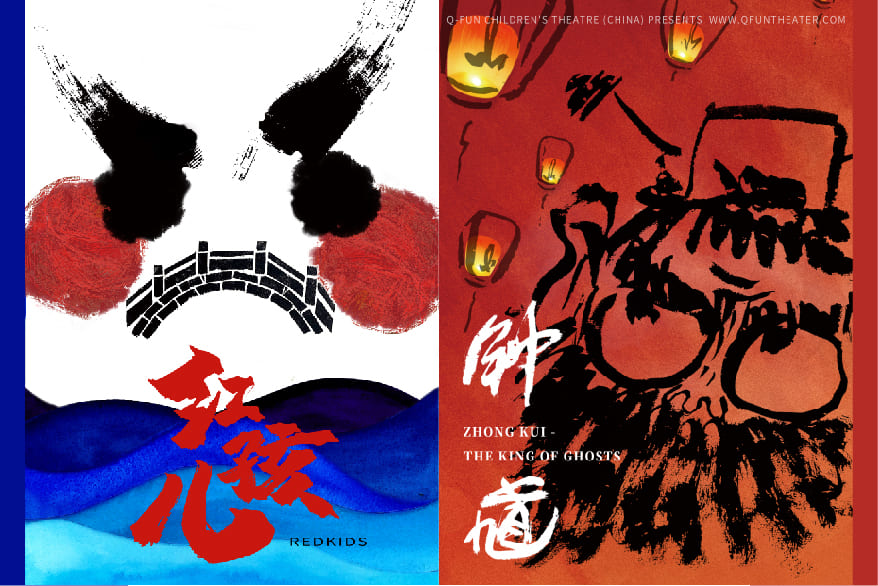 Red Kid: Based on the Chinese traditional myth Journey to the West, Red Kid shows how its two characters, Red Boy and Monkey King try to find their true selves through a quarrel, and eventually find the answer.

Zhong Kui: Based on the Chinese traditional myth with the same title, Zhong Kui is about a boy who prays to the God to help him to stop the bullying he suffers from at school. With the help from the King of Ghost, Zhong Kui, the boy finds the courage to face life.

TPAM Registrant Benefit: ¥2,000
About registration and My Page

Since its opening with a primary focus on theatre education in 2008, QfunTheater has always striven to revitalize classic texts with the use of modern language, and let the classic texts be reborn in the modern world. In addition to the classic texts, we also create our original repertoire by collaborating with children in our work. We lead the frontline of culture and encourage more people to join children’s theater.

Message from the Designer:

The logo design of shelf has the concept of resonance. It consists of two connecting circles, and their lines have the visual effect to make them look like they are shaking.

This is to show that their performance gives an even greater importance to the relationships between every element — namely the director and the actors, the actors and the audience, space and time — than realizing the director’s vision.

In those relationships that keep changing their natures, nobody is allowed to stop: everybody needs to keep moving. The shaking lines represent the images of varying relationships, shifting minds, and the vibration of the air due to physical utterance.